Shelley avait singulièrement anticipé sa fin dans la dernière "last stanza" de son "Adonais" (1821) :
"The breath whose might I have invok'd in song
Descends on me; my spirit's bark is driven,
Far from the shore, far from the trembling throng
Whose sails were never to the tempest given;
The massy earth and sphered skies are riven!
I am borne darkly, fearfully, afar;
Whilst, burning through the inmost veil of Heaven,
The soul of Adonais, like a star,
Beacons from the abode where the Eternal are."

"Stanzas Written in Dejection near Naples"

The sun is warm, the sky is clear,
The waves are dancing fast and bright,
Blue isles and snowy mountains wear
The purple noon's transparent light
Around its unexpanded buds;
Like many a voice of one delight,
The winds, the birds, the ocean floods,
The City's voice itself is soft, like Solitude's.

I see the Deep's untrampled floor,
With green and purple seaweed strown;
I see the waves upon the shore,
Like light dissolved in star-showers, thrown:
I sit upon the sands alone,
The lightning of the noon-tide ocean
Is flashing round me, and a tone
Arises from its measured motion,
How sweet! did any heart now share in my emotion.

Alas! I have nor hope nor health,
Nor peace within nor calm around,
Nor that content surpassing wealth
The sage in meditation found,
And walked with inward glory crown'd —

Nor fame, nor power, nor love, nor leisure,
Others I see whom these surround—
Smiling they live and call life pleasure;—
To me that cup has been dealt in another measure.

Yet now despair itself is mild,
Even as the winds and waters are;
I could lie down like a tired child,
And weep away the life of care
Which I have borne and yet must bear,
Till death like sleep might steal on me,
And I might feel in the warm air
My cheek grow cold, and hear the sea
Breathe o'er my dying brain its last monotony.

Some might lament that I were cold,
As I, when this sweet day is gone,
Which my lost heart, too soon grown old,
Insults with this untimely moan;
They might lament — for I am one
Whom men love not — and yet regret,
Unlike this day, which, when the sun
Shall on its stainless glory set,
Will linger, though enjoyed, like joy in memory yet.

"It interpenetrates my granite mass,
Through tangled roots and trodden clay doth pass,
Into the utmost leaves and delicatest flowers ;
Upon the winds, among the clouds 'tis spread,
It wakes a life in the forgotten dead,
They breathe a spirit up from their obscurest bowers.
And like a storm bursting its cloudy prison
With thunder, and with whirlwind, has arisen
Out of the lampless caves of unimagined being :
With earthquake shock and swiftness making shiver
Thought's stagnant chaos, unremoved for ever,
Till hate, and fear, and pain, light-vanquished shadows,fleeing,
Leave Man, who was a many sided mirror,
Which could distort to many a shade of error,
This true fair world of things, a sea reflecting love ;
Which over all his kind as the sun's heaven
Gliding o'er ocean, smooth, serene, and even
Darting from starry depths radiance and life, doth move,
Leave Man, even as a leprous child is left,
Who follows a sick beast to some warm cleft
Of rocks, through which the might of healing springs is poured
Then when it wanders home with rosy smile,
Unconscious, and its mother fears awhile
It is a spirit, then, weeps on her child restored.
Man, oh, not men ! a chain of linked thought,
Of love and might to be divided not,
Compelling the elements with adamantine stress ;
As the Sun rules, even with a tyrant's gaze,
The unquiet republic of the maze
Of planets, struggling fierce towards heaven's free wilderness.
Man, one harmonious soul of many a soul.."

O wild West Wind, thou breath of Autumn's being,
Thou, from whose unseen presence the leaves dead
Are driven, like ghosts from an enchanter fleeing,
Yellow, and black, and pale, and hectic red,
Pestilence-stricken multitudes: O thou,
Who chariotest to their dark wintry bed
The winged seeds, where they lie cold and low,
Each like a corpse within its grave, until
Thine azure sister of the Spring shall blow
Her clarion o'er the dreaming earth, and fill
(Driving sweet buds like flocks to feed in air)
With living hues and odours plain and hill:
Wild Spirit, which art moving everywhere;
Destroyer and preserver; hear, oh hear!

Thou on whose stream, mid the steep sky's commotion,
Loose clouds like earth's decaying leaves are shed,
Shook from the tangled boughs of Heaven and Ocean,
Angels of rain and lightning: there are spread
On the blue surface of thine aëry surge,
Like the bright hair uplifted from the head
Of some fierce Maenad, even from the dim verge
Of the horizon to the zenith's height,
The locks of the approaching storm. Thou dirge
Of the dying year, to which this closing night
Will be the dome of a vast sepulchre,
Vaulted with all thy congregated might
Of vapours, from whose solid atmosphere
Black rain, and fire, and hail will burst: oh hear!

"When I recovered, I found myself surrounded by the people of the inn their countenances expressed a breathless terror : but the horror of others appeared only as a mockery, a shadow of the feelings that oppressed me. I escaped from them to the room where lay the body of Elizabeth, my love, my wife, so lately living, so dear, so worthy. She had been moved from the posture in which I had first beheld her ; and now, as she lay, her head upon her arm, and a handkerchief thrown across her face and neck, I might have supposed her asleep.

I rushed towards her, and embraced her with ardour ; but the deadly languor and coldness of the limbs told me, that what I now held in my arms had ceased to be the Elizabeth whom I had loved and cherished. The murderous mark of the fiend's grasp was on her neck, and the breath had ceased to issue from her lips.

While I still hung over her in the agony of despair, I happened to look up. The windows of the room had before been darkened., and I felt a kind of panic on seeing the pale yellow light of the moon illuminate the chamber. The
shutters had been thrown back ; and, with a sensation of horror not to be described, I saw at the open window a figure the most hideous and abhorred. A grin was on the face of the monster ; he seemed to jeer, as with his fiendish finger he pointed towards the corpse of my wife. I rushed towards the window, and drawing a pistol from my bosom, fired ; but he eluded me, leaped from his station, and, running with the swiftness of lightning, plunged into the lake." 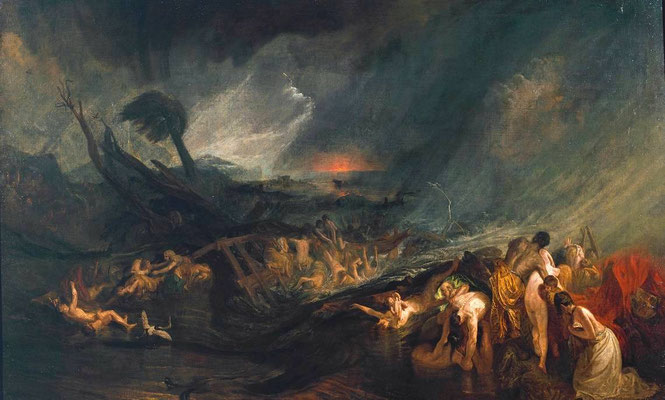 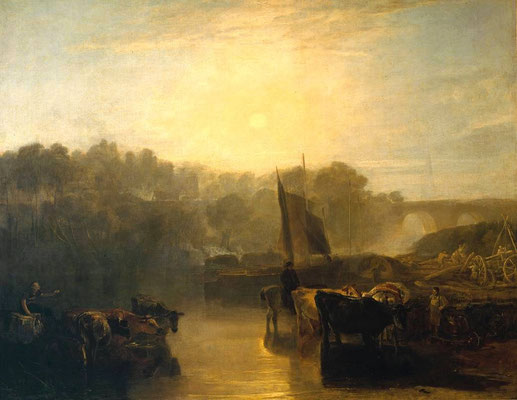 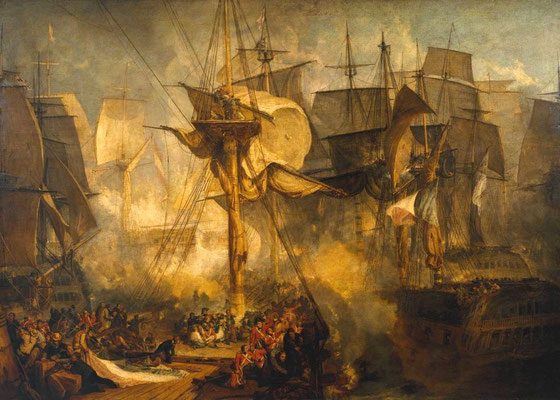 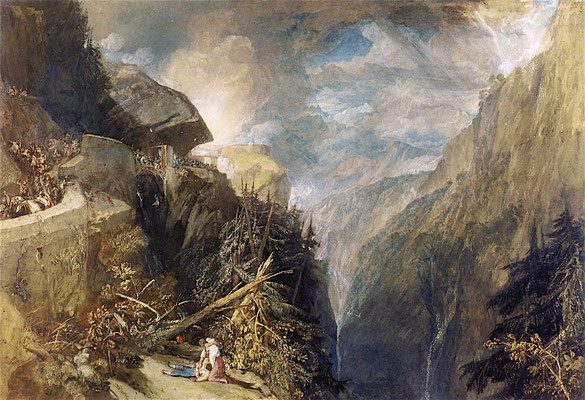 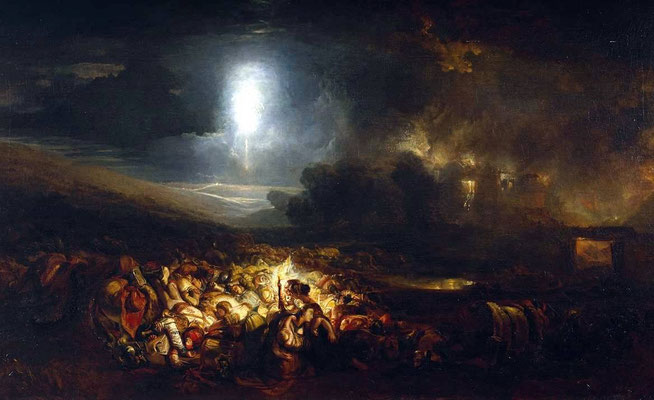 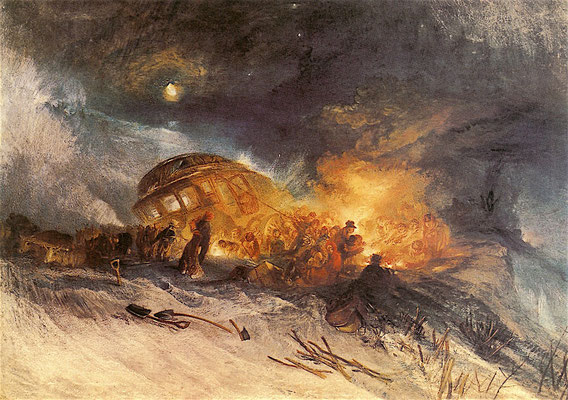 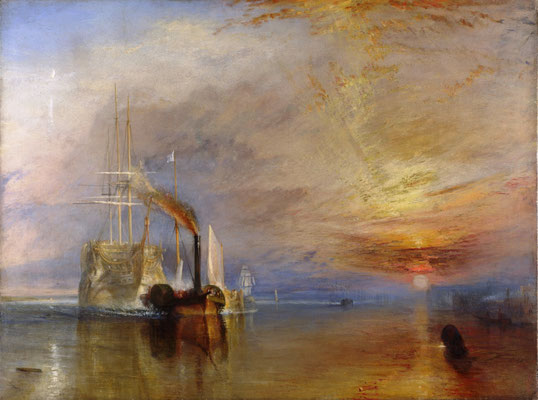 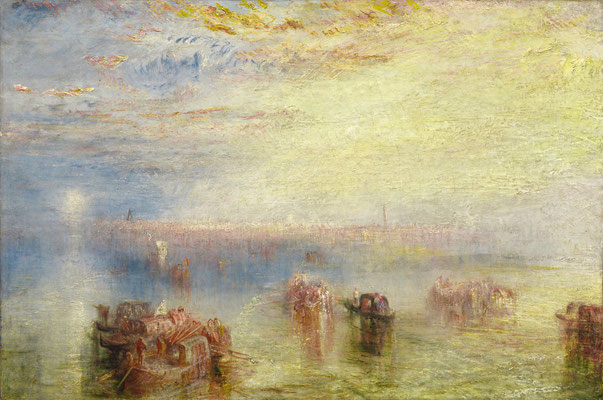 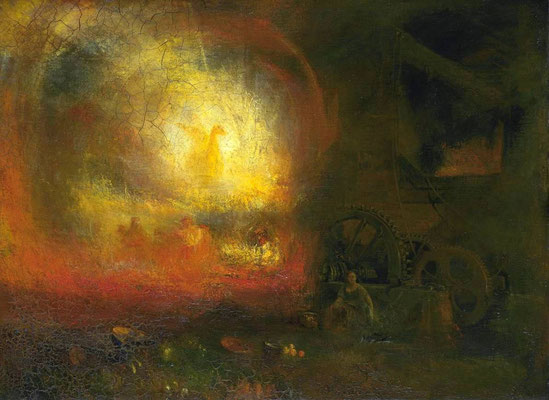 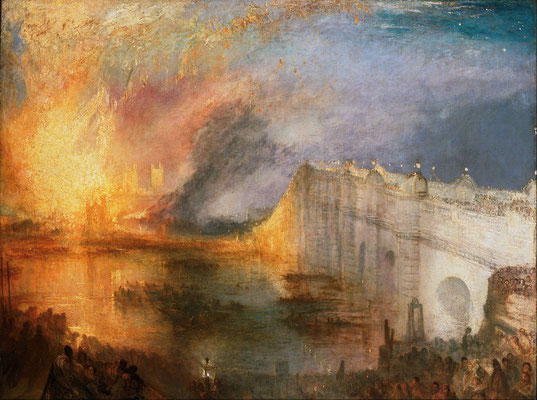 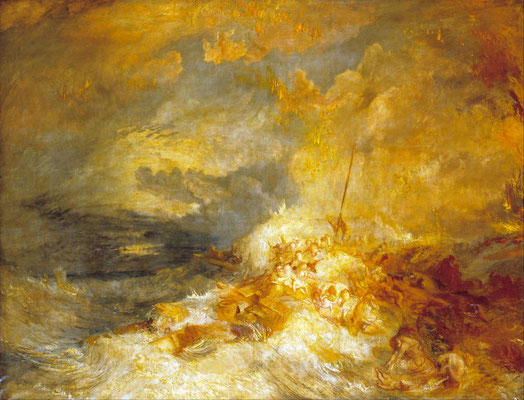 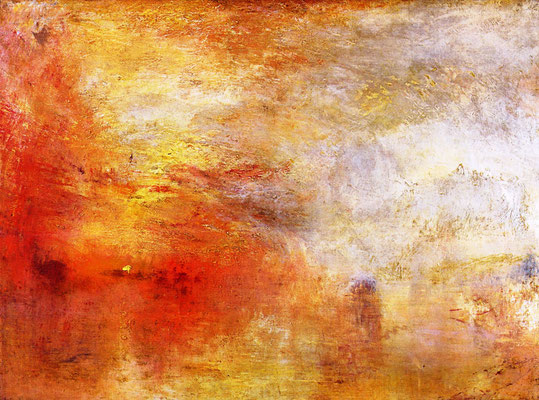 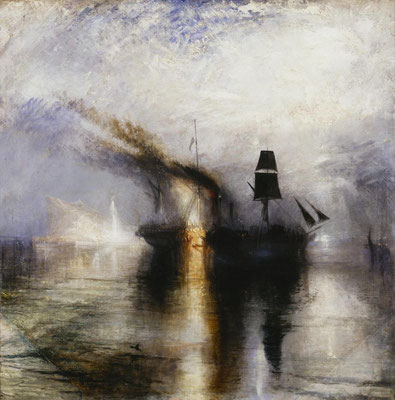 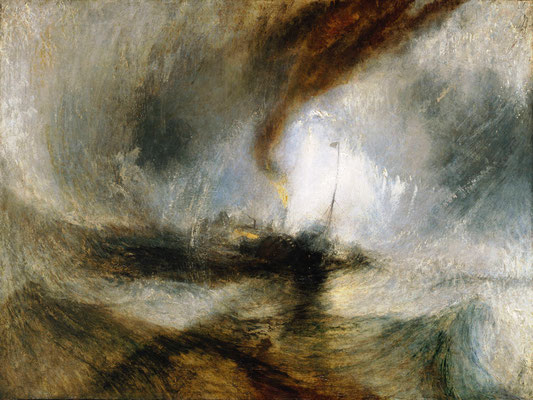 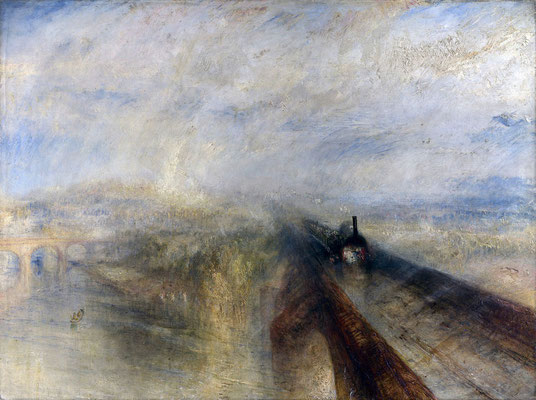 "Forward, the Light Brigade!"
Was there a man dismay'd?
Not tho' the soldier knew
Someone had blunder'd:
Theirs not to make reply,
Theirs not to reason why,
Theirs but to do and die:
Into the valley of Death
Rode the six hundred.

Cannon to right of them,
Cannon to left of them,
Cannon in front of them
Volley'd and thunder'd;
Storm'd at with shot and shell,
Boldly they rode and well,
Into the jaws of Death,
Into the mouth of Hell
Rode the six hundred.
(...)
When can their glory fade?
O the wild charge they made!
All the world wondered.
Honour the charge they made!
Honour the Light Brigade,
Noble six hundred!

On either side the river lie
Long fields of barley and of rye,
That clothe the wold and meet the sky;
And thro' the field the road runs by
To many-tower'd Camelot;
And up and down the people go,
Gazing where the lilies blow
Round an island there below,
The island of Shalott.
Willows whiten, aspens quiver,
Little breezes dusk and shiver
Thro' the wave that runs for ever
By the island in the river
Flowing down to Camelot.
Four gray walls, and four gray towers,
Overlook a space of flowers,
And the silent isle imbowers
The Lady of Shalott.
By the margin, willow-veil'd
Slide the heavy barges trail'd
By slow horses; and unhail'd
The shallop flitteth silken-sail'd
Skimming down to Camelot:
But who hath seen her wave her hand?
Or at the casement seen her stand?
Or is she known in all the land,
The Lady of Shalott?
Only reapers, reaping early
In among the bearded barley,
Hear a song that echoes cheerly
From the river winding clearly,
Down to tower'd Camelot:
And by the moon the reaper weary,
Piling sheaves in uplands airy,
Listening, whispers "'Tis the fairy
Lady of Shalott".(...)